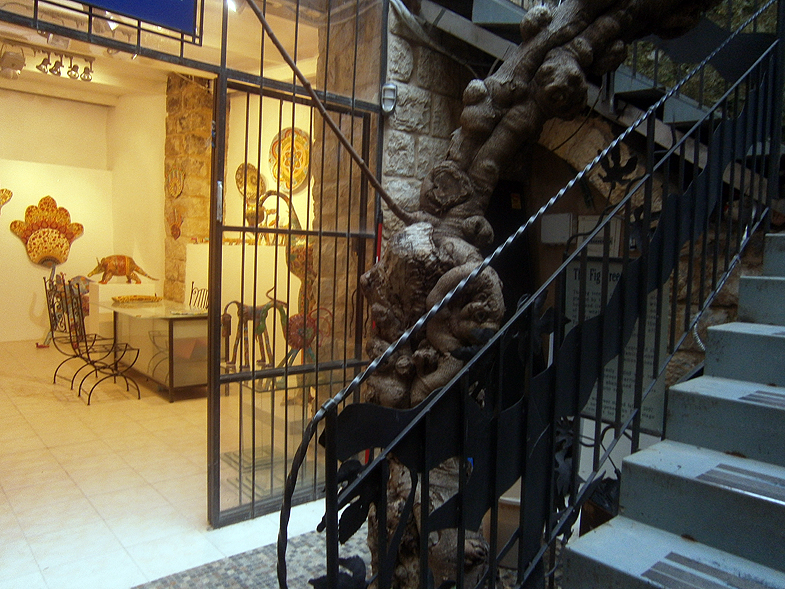 Safed is located in the north of the country, in the Upper Galilee. It is located at an altitude of 900 meters above sea level.

Safed is one of the "holy cities" of the Land of Israel, which include Jerusalem, Hebron, Tiberias and Safed.

Safed has an ancient history. In the time of the Second Temple it was a fortified city. Later, the crusader fortress was built here.

In the vicinity of Safed are the ancient graves of Jewish sages: Rabbi Shimon Bar Yochai and his son and Rabbi Jonathan ben Uziel.

In the 16th and 17th centuries, famous Kabbalists from Spain and Portugal settled in Safed.

Safed is a very beautiful city attracting tourists. There are numerous yeshivas and synagogues, as well as art galleries. From the mountain, on which the city is located, a magnificent view opens up.

City streets and attractions near the city:

Safed. Galleries of the Old City

Safed before the onset of Shabbat

City streets and attractions near the city:

Safed. Galleries of the Old City

Safed before the onset of Shabbat

Israeli Settlements in Judea and Samaria

Religious Cities and Villages of Israel

Distances between Cities and Villages

The Health Care System in Israel

Hospitals and Medical Centers in Israel

Cities and Villages of Israel

Traveling in the Holy Land

The Antiquities of the Land of Israel